Willem Leonard Oltmans (10 June 1925 – 30 September 2004) was a Dutch investigative journalist and author who did not hesitate to pro-actively intervene in international politics.

Due to the highly critical and opposite stance he often took towards Dutch global politics, as of 1956 the Dutch government conspired to keep him out of work. A lengthy lawsuit (1991–2000) involving the Royal family led to the state having to pay him damages. An erudite orator, the straightforward and uncompromising Oltmans was a striking character in Dutch society.

Oltmans was born into a wealthy family with roots in the Dutch East Indies. During the Second World War he was a member of the Dutch Resistance. “We blew up a German train,” Oltmans told the Dutch daily Reformatorisch Dagblad in 2003 “Hitler called me a terrorist, but I saw myself as a freedom fighter.”

He studied at the prestigious Nyenrode Business University (1946) and Yale University (1948), without graduating. Originally intent on a career with the diplomatic corps of the foreign service, he ended up working in press offices in the Netherlands (1953–1955). He married in 1955 and worked as a freelance reporter in Rome in 1956. There he befriended Indonesian president Sukarno, which started his remarkable career as a controversial journalist.

Convinced that a well connected and informed individual could play a decisive role in the international political arena, he assumed a pro-active part in global political developments, becoming both a news reporter and news maker.

Against the will of the Dutch government, Oltmans interviewed Indonesian president Sukarno in 1956. Once he became a confidant of Sukarno and part of his inner circle he took it upon himself to convince the broader public in the Netherlands of the legitimacy of Sukarno’s viewpoints. In 1957 he pleaded for the transfer of Dutch New Guinea to Indonesia while in Indonesia. He claimed to have prevented a Dutch war against Indonesia over New Guinea by sending a memo to US president Kennedy. Subsequently Joseph Luns, Minister of Foreign Affairs, covertly tried everything to sabotage Oltmans’ career, with considerable success: for a long time, Oltmans was forced to live off welfare. Luns, who now had become Oltmans’ nemesis, called him a ‘one engine mosquito’. In 1995 Oltmans published his book ‘My friend Sukarno’.

He fought a long lawsuit (1991–2000) against the Dutch state, which he eventually won. In 2000 a commission awarded him eight million guilders (four million dollars) in damages, after taxes. Having paid two million guilders in lawyer’s fees, Oltmans bought a penthouse on a canal in Amsterdam and a Steinway piano.

Oltmans was based in the USA in the 1960s, where he worked as a reporter for Dutch TV broadcaster NOS and established ties to President Kennedy’s closest circle of advisors. After Kennedy was assassinated in Dallas in 1963, Oltmans interviewed the mother of accused assassin Lee Harvey Oswald, Marguerite. Further investigation led him to Oswald’s acquaintance George de Mohrenschildt. In 1977 De Mohrenschildt agreed to disclose information to Oltmans, but disappeared from their meeting place and was found dead in Florida a few weeks later.

Oltmans played the role of De Mohrenschildt in Oliver Stone’s 1991 film about the assassination, JFK.

Oltmans in the Soviet Union

n the eighties Oltmans endeavoured to create a more balanced opinion in the West about the Soviet Union. Looking for a more poised perspective on the one sided bad image of the evil empire’s communist power, he often traveled to Russia. Together with the Kremlin’s foreign expert Georgi Arbatov, he wrote the book ‘The Soviet position’, elaborating on Moscow’s perspective on the East-West issues in 1981. The book received much attention and was published in several languages.

In the eighties Oltmans also actively interfered with the post-colonial Dutch-Suriname relationship. He recognised a bilateral relationship based in negative sentiments similar to the Dutch-Indonesian relationship. Intend on playing a mediating role Oltmans traveled to Suriname to interview military dictator Bouterse. He published a book that was banned in Suriname and misunderstood in the Netherlands.

Due to the ban imposed on him by Minister Luns, Oltmans was forced to help support himself through his family’s inheritance; the death of his parents (1966 and 1974) and some bad investments caused him financial difficulty. In the late eighties he intended to use his large global network as a consultant to introduce entrepreneurs to Eastern European business opportunities. Through a string of quarrels with his stakeholders this initiative failed completely and Oltmans left for South Africa.

Both his brothers had settled in South Africa in 1948. He had visited the country regularly and in 1990 decided to settle there permanently. In South Africa he continued his tendency of actively intervening in local politics. His investigative reporting was not appreciated by the shaky South African regime of the time and in August 1992 he was deported on charges of espionage. Oltmans always insisted the Dutch Security Service was involved in his deportation. 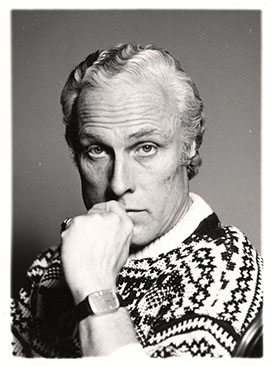 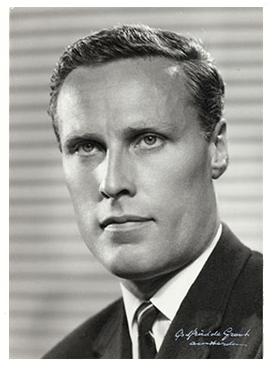 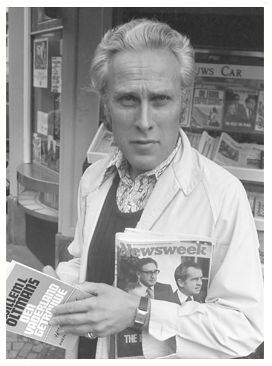